The rotary distributor is a huge, funnel-like device that receives coal from the coal mine and distributes it into 3 large bunkers. It is driven by a motor reducer connected to a small gear with 21 teeth. It is coupled with a large gear that is rigidly connected to the reverse shaft. The large gear has 160 teeth. We should build mechanisam that will rotate (at ending shaft) same angular speed as an large (driven) gear. Parameters : Drive gear Parameters : Drive gear : z = 21 Driven gerar z = 160

The transmission ratio is

And just a little help with math ...


It follows that the transmission ratio can be written as i :

We already have a sketch of two pairs of coupled gears, it is necessary expand fractions transmission ratio so that the number of teeth is greater than the minimum. We have till now :

next step - I assign some the gear parameters

Gear 5 is input and connects to ... one of the pinion gears (it doesn't matter which one).

Kinematic diagram of a speed reducer: arrangement of gears

Gear 5 is input and it is i.e. its parameters are a copy of the drive gear (module and number of teeth).

After the construction and preparation of technical documentation, the entire project was handed over to the company "Elmont", which made all the elements except the formwork and the base. Here are some drawings

For all calculation I used this simply geraing calculator 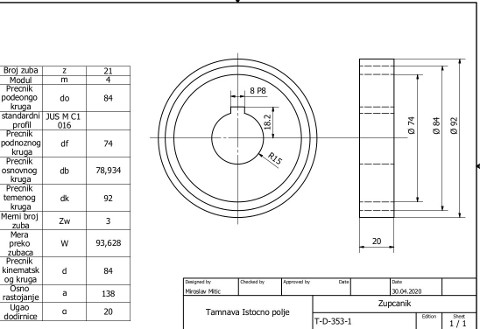 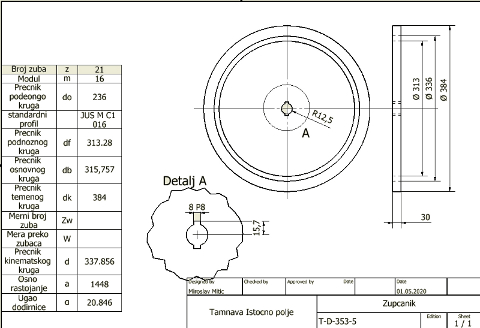 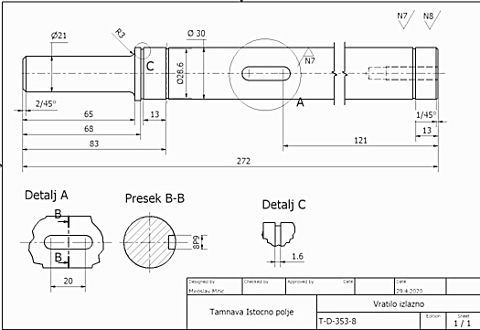 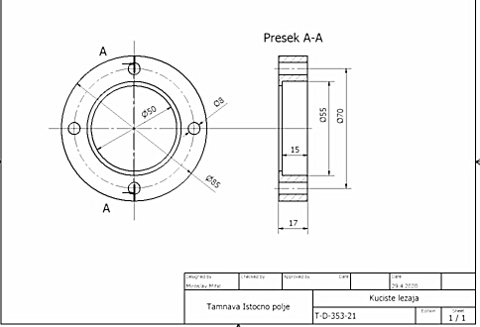 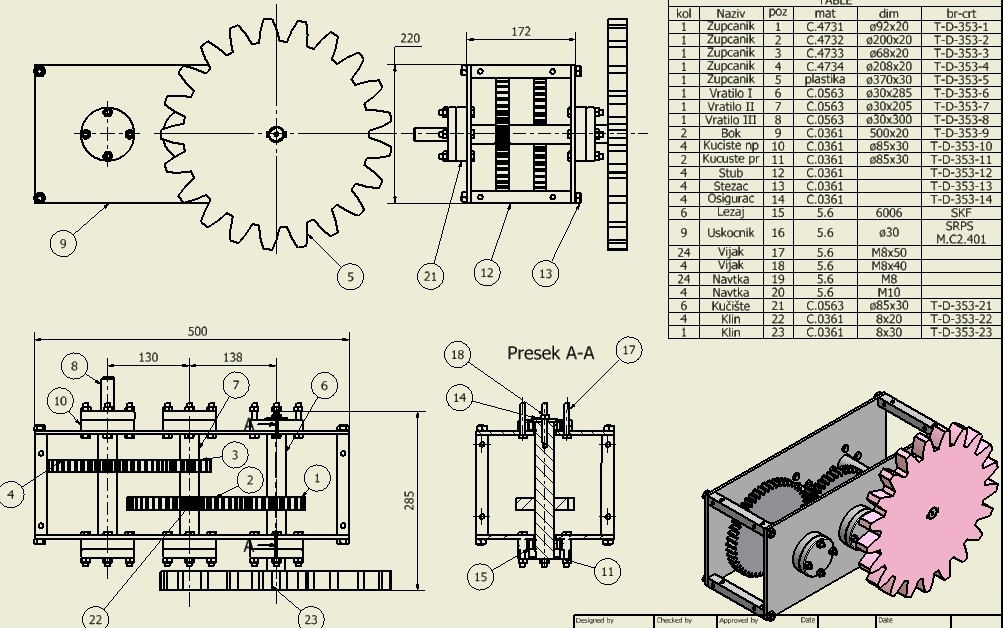 assembly draw of the speed reducer

After making and assembling all the elements it looks like this 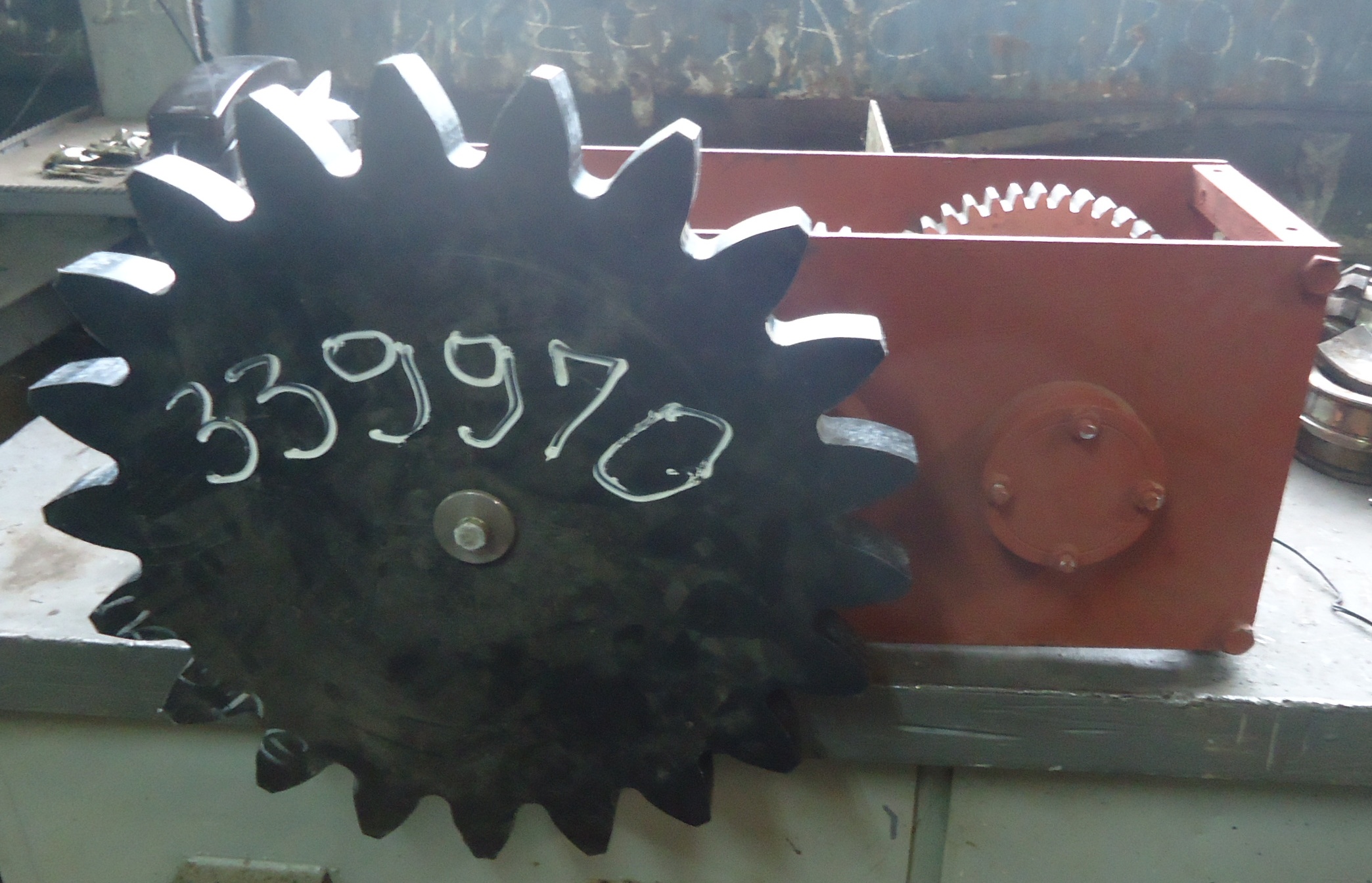 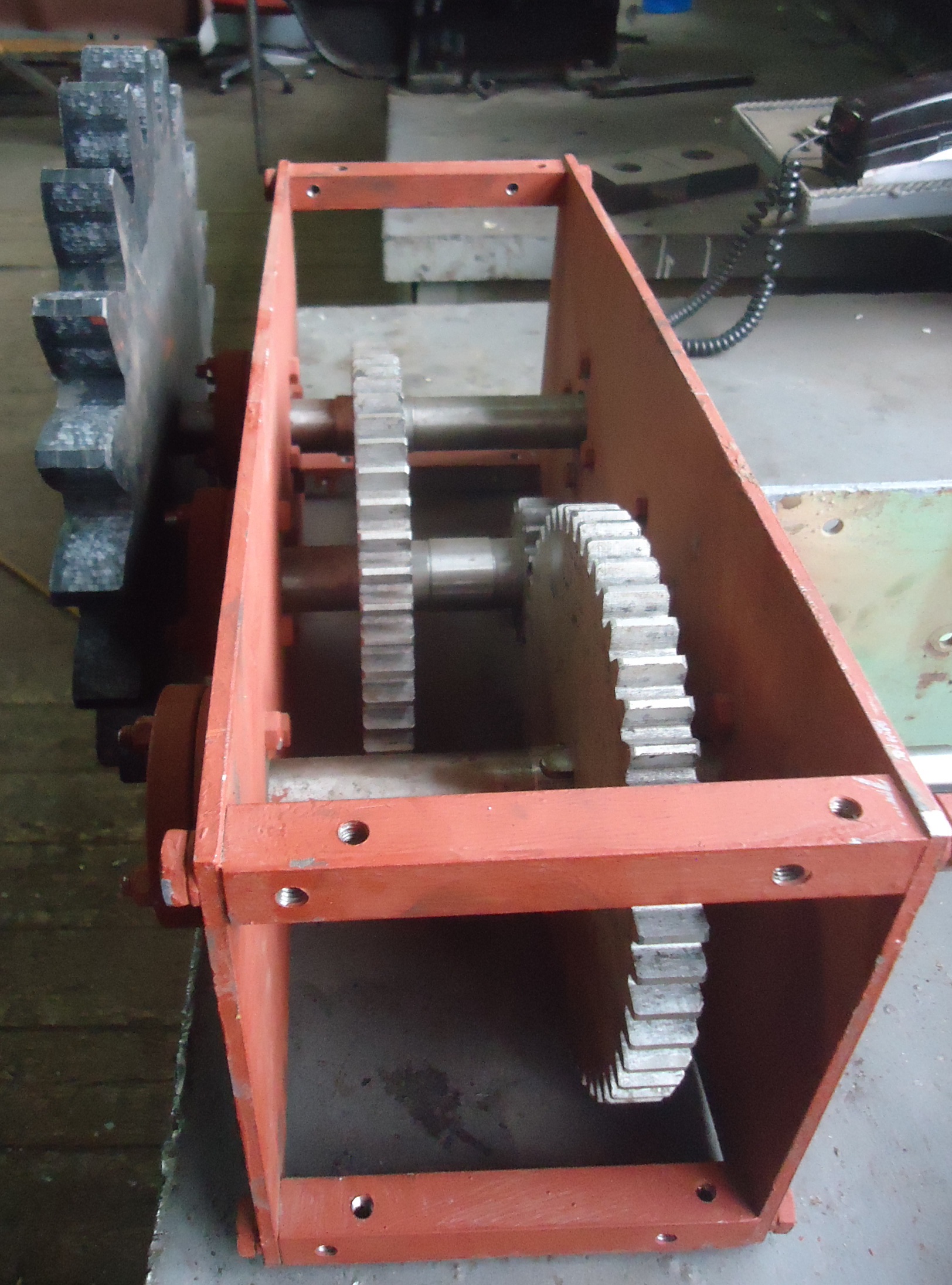 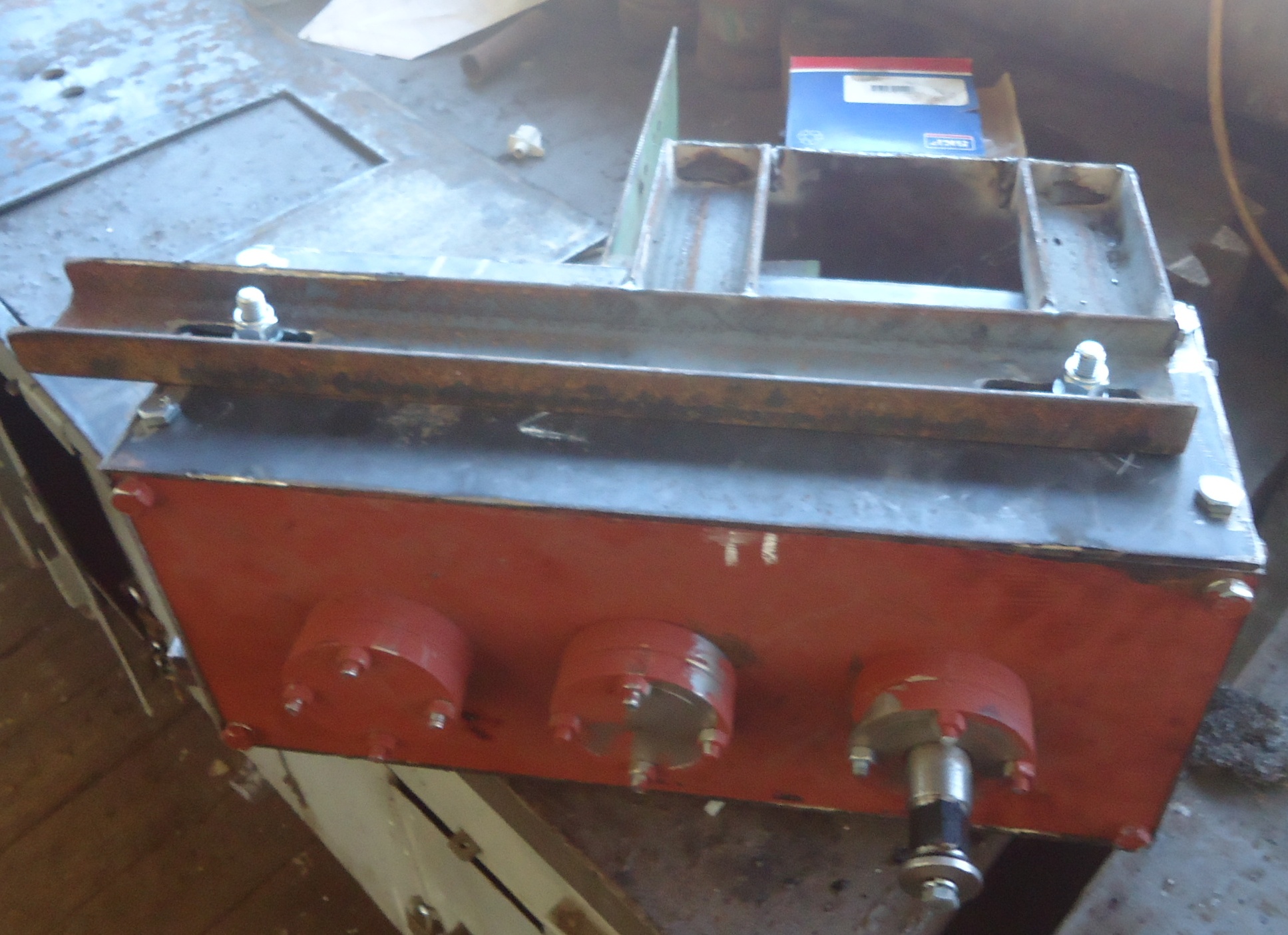 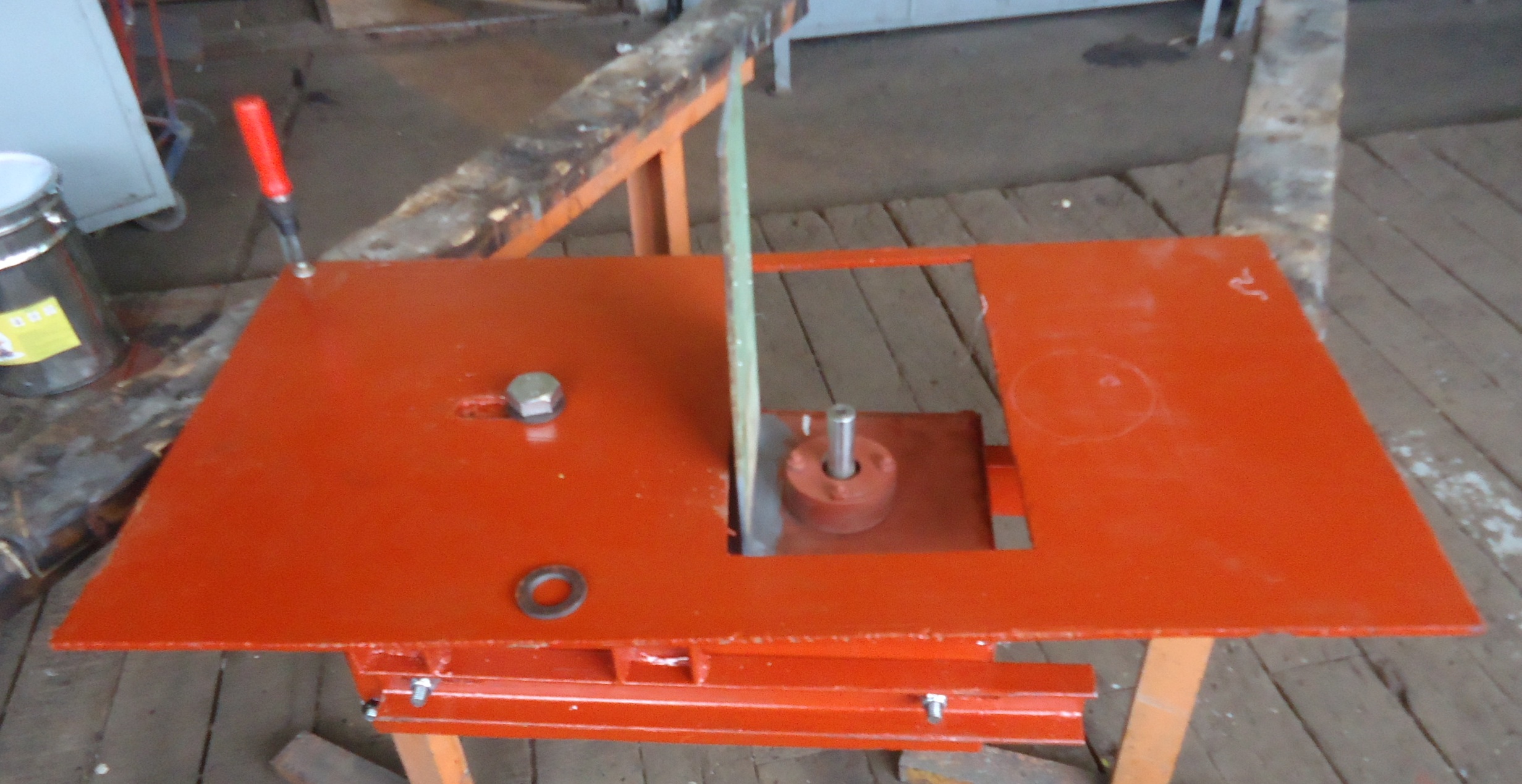 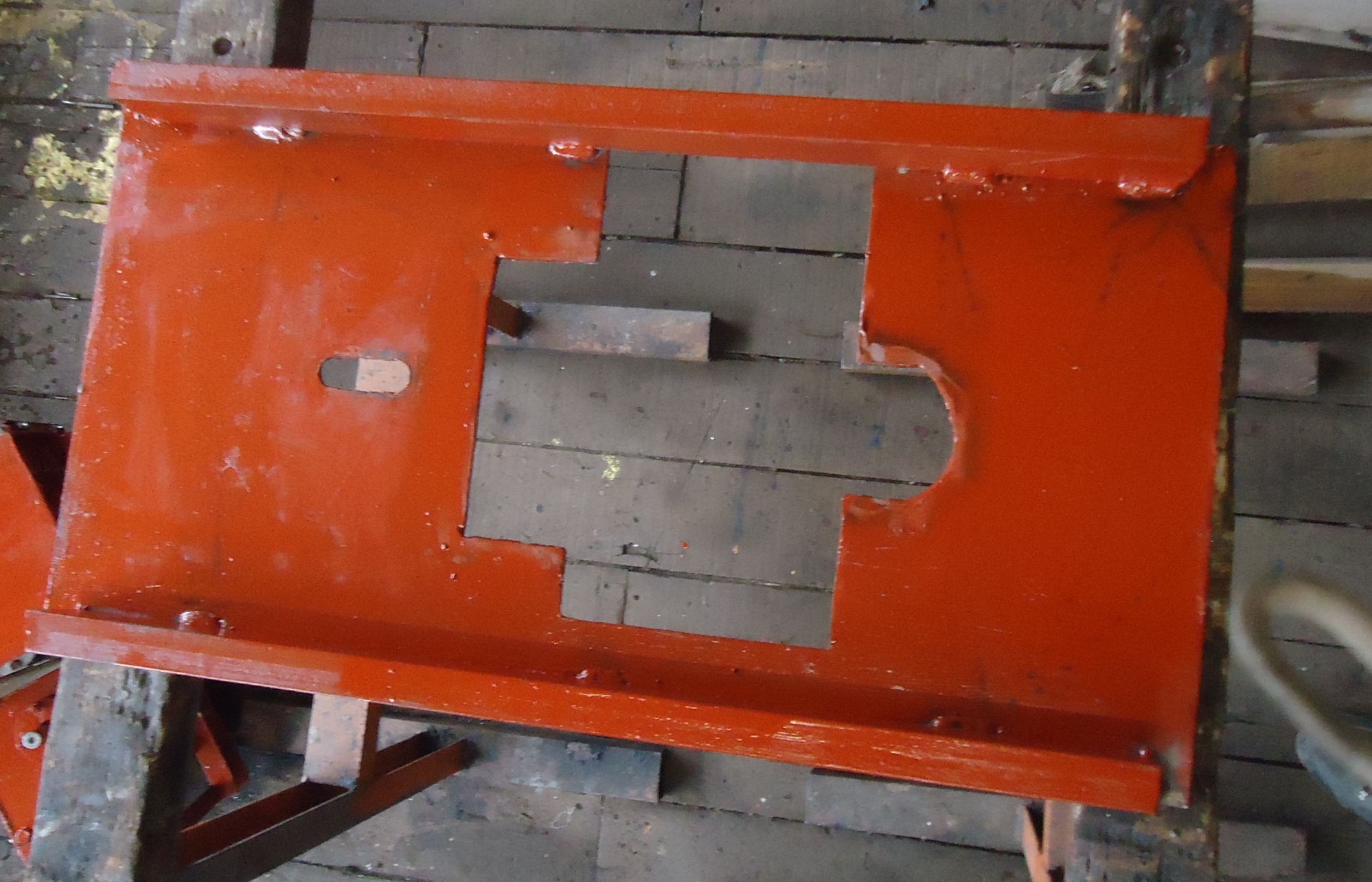 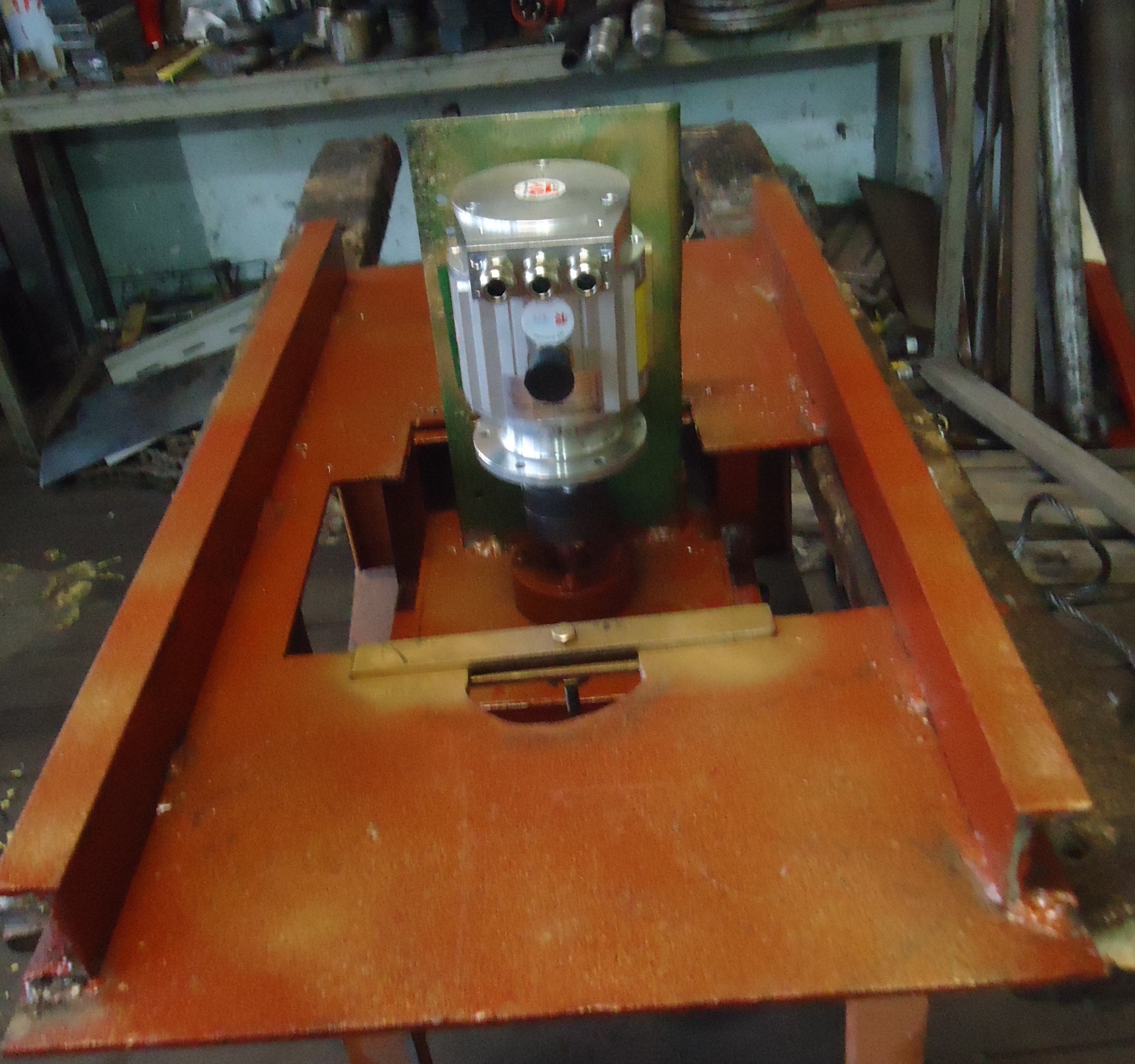 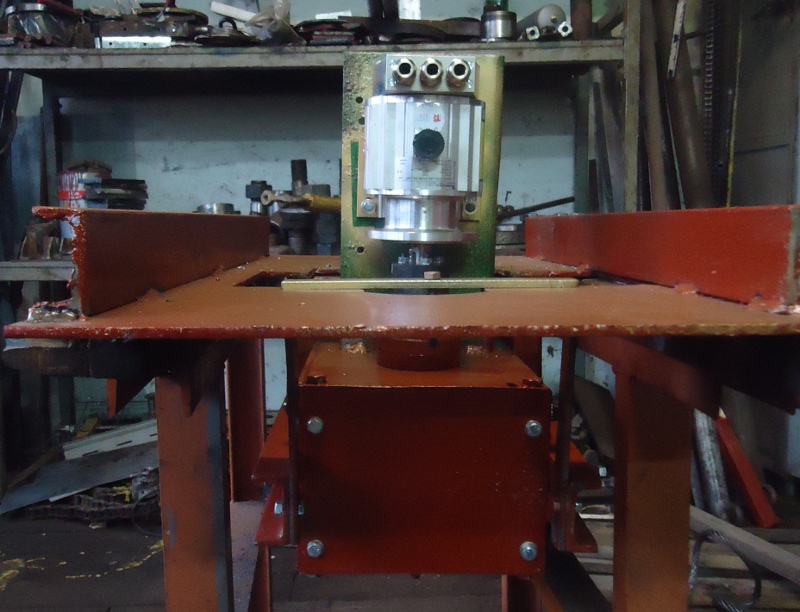 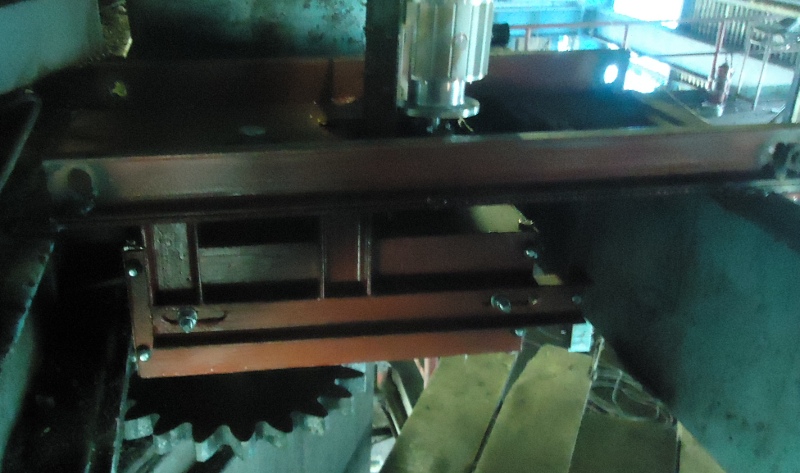 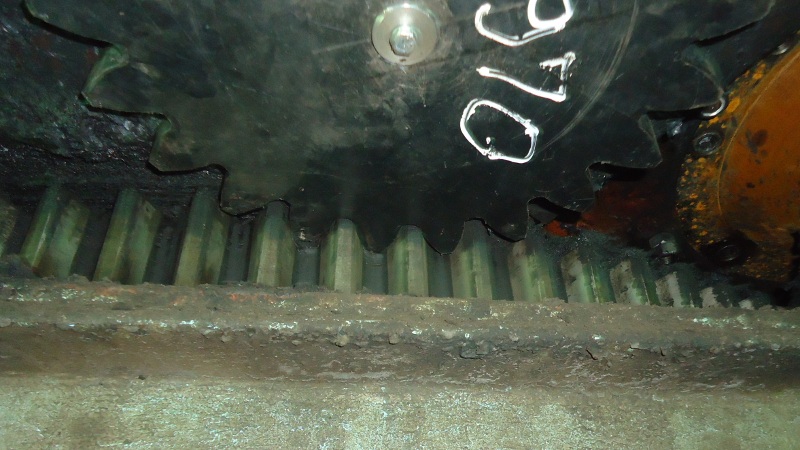 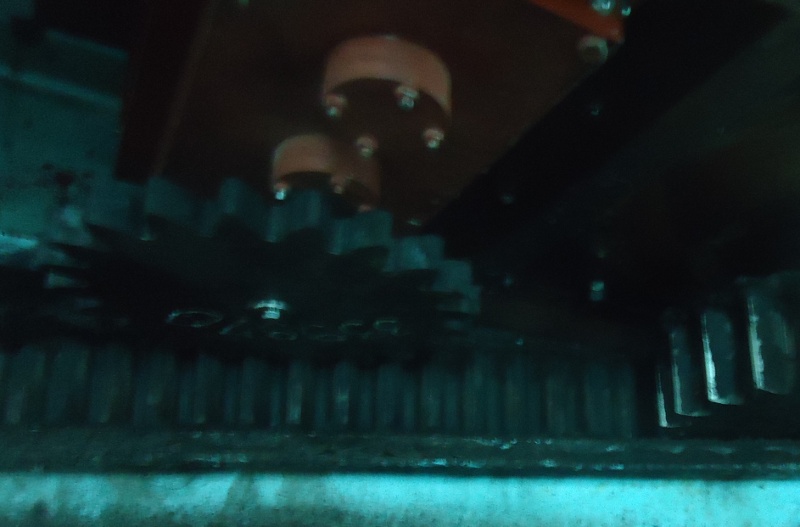 The stand and framework manufacturing

The base and formwork have a role (besides carrying and protecting the elements of the reducer), adjustment of fit and gearing.
The reducer is designed as floating, i.e. it hangs under the base. Board with encoder are located on the upper side
The pictures above show the plate is a stand that is used to adjust the teeth of the input gear with the gearview at the plant. The central screw is used to rotate the reducer, on the back side there will be an average circular one slot for fixing the rear part of the reducer to avoid vibrations of the same.

This site does not record user comments. and dont use the thread access IP address. The website does not collect or record the personal data of visitors

The connection to othes sites

This site use Google Analytics

The author of the site is not responsible for any damage caused by use site. The visitor of this website accepts the terms of use as they are.

This web loacrion wind.in.rs is private intelectual property by Miroslav Mitić mechanikal engineer from Belgrade / Serbia : the site author).
By using this website, you agree to the following terms:

You can make links to this site from other sites, but also those: